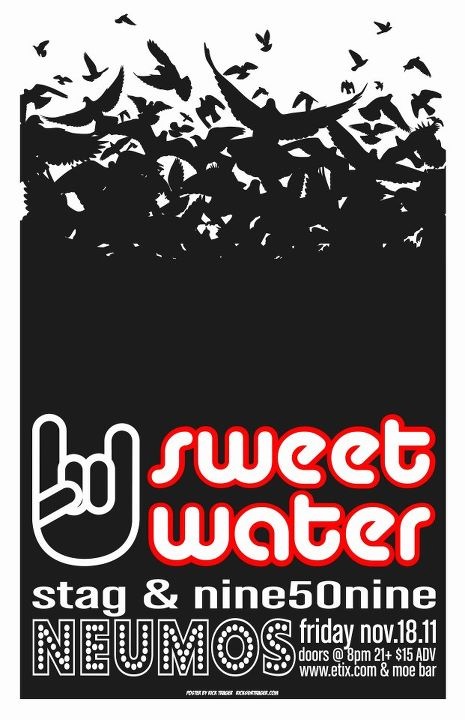 We had fun playing Saturday night with Rose Windows, Whalebones and Capsula. Thanks City Arts Magazine for putting on a great festival!

I got to see Artful Dodger once at the gym at Cleveland State University when I was in Jr. high school in 1980. I did not know much about them. I heard a song or two on WMMS but I did not totally get it until I saw them play. AD was practically a Cleveland band at that point. From what I understand it was one of only markets the did well in back then. They killed it live. I bought this album and have loved it ever since. I really want to cover “Get In Line”. It’s always a total “go to track” for me whenever I DJ. Long out of print, it would be nice to see this record up on iTunes. There are tons of tracks from it on YouTube. Dig in!

You may or may not have seen Endino’s article, posted at Collapse Board (and subsequently printed in Seattle Weekly‘s Reverb monthly), a site co-run by former Stranger Music Editor Everett True.

The Akimbo show review he refers to is here:

(Comet) In a recent cranky blog post, Jack Endino read a batch of local music reviews and surmised, “Grunge is dead… but everything else sounds like it’s on life support.” You’re only half right, Mr. Endino. Grunge is dead. It shouldn’t surprise you, since you made that declaration the title of your book in 2009. But to say the rest of the Northwest music scene is on life support is bullshit. Akimbo have been slaying eardrums for more than 10 years, and they’ll do so again tonight with two more hard and heavy bands: Grenades and Bitches Crystal. So I suggest you hit up this show, Jack. It may not take you back to grunge’s golden age (these days, flannel is more appropriate for the campfire rock scene), but it sure as fuck will prove that the heavy shit is alive and doing more than well. MEGAN SELING

To Megan Seling… Endino here. You malign me slightly (Grunge Is Dead was Greg Prato’s book, not mine), and I think you missed my point: My “cranky blog post,” mentioned in your Akimbo show preview, was actually lampooning the Weekly’s music reviews and their writing style, as well as the fact that, from what they CHOSE to review in their first issue of Reverb, you wouldn’t know there was ANY rock left in this town! I was surprised when they asked if they could reprint it. I told them OK, as long as their reviewers stop using the word “elegiac.”

I know perfectly well there’s rock here, cuz that’s what comes in the doors of my studio every day, even though sometimes it seems like it’s invisible! I love Akimbo, BTW, and the Lesbian show at the Funhouse was killer [the other] night. I could go on, and on. (Check out Stag.) Plenty of rock in this town, it just gets no respect, and not much local indy-label love either. Keep covering the rock; someone’s gotta.

This Stag single came in from Fin Records out of Seattle, who make it clear with singles like theses, they’re about releasing material they are completely behind, for no other reason then they appreciate these artists and want to get their material out there into the world. It’s what every seven inch label I track down and buy singles from is doing on some level, but Fin goes to pretty nuts lengths in the package details, hence the $10 pricetag. But down to the pink inner sleeve, they’re going after those insane electric pink shades inspired by the sleeve graphic, even embossing the mylar sleeve with a “Fin” notary stamp. The vinyl itself is a pretty unique lavender color I haven’t seen anywhere either…almost purple, with a lot of white tint.

The shades of pink throughout the 7″ is really appropriate to this heavily produced, traditional power rock 5 piece. It can’t be anything but an optimistic statement, and they seem to have a pretty positive spin on everything, even if the lyrics might be hinting at something else. In “Don’t lead with your heart”, for example, even though it’s a sort of hindsight advice to the events that transpired, it’s pretty straightforward catchy guitar pop track. Steve’s vocals can’t be anything but pretty and you know this character is going to be alright. Things didn’t work out between them, but no one is in jail. They probably still get together for coffee…but not in a sad depressing way.

“Ides of March on the B-Side, takes this power classic rock formula and adds a horn section from the first measures. Slowly building into the electric distortion. I actually thought I was hearing some kind of synth at first but it setting up this huge windmill chord section and it sounds like something right out of Tommy. The same epic rock musical storytelling that changes subtly again into a late ’90s big alternative sound, like Soul Asylum, or the Lemonheads. Back when rock was trying to take back something sincere from the hair metal, the theatrics, the artificiality, but still keeping that structure, the power rock, the big clean sound. So it makes sense when you see this band is made up of members of That Petrol Emotion and Alcohol Funnycar, among others. There’s a long history here of creating that alternative, and this single is no exception.

Get this one from Fin Records who says:

The five members of Stag are seasoned musicians, who have spent years on the Seattle club scene, but managed to become veterans without letting cynicism overtake them. These are people playing together because they enjoy it, and for little other reason. Singer Steve Mack was also the lead vocalist of That Petrol Emotion, a highly praised UK band from the eighties. Ben London played guitar and sang with Alcohol Funnycar, Sanford Arms, and Burning Rivers, and does the same in Stag, in addition to writing all the songs. Bass player Pete Everett broke his teeth with Tuffy, before joining Seattle’s the Mellors. Drummer Rob Dent has played with Jackie on Acid, Kingsly, and Sanford Arms. Guitarist Lincoln Barr is the singer/songwriter behind Red Jacket Mine. 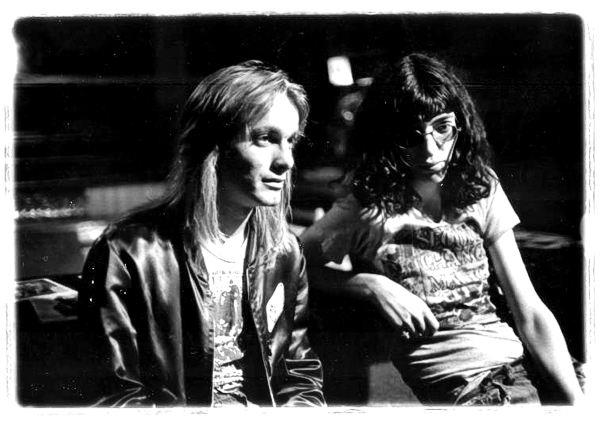 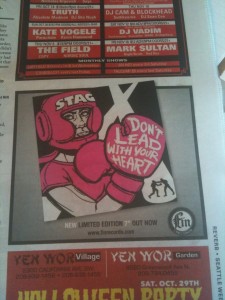 *”Don’t Lead With Your Heart” b/w “Ideas of March,” Stag (out now, Fin Records, themightystag.com): This local supergroup, featuring longtime vets like Lincoln Barr and Ben London, mine Petty and the Posies on this too-short seven-inch single. Who says straight-ahead rock and roll has no home in Seattle!? – Chris Kornelis